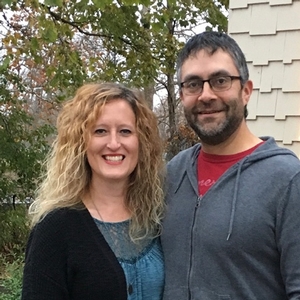 Rusty and Heather Skipworth have been members at Naperville Church of Christ since 2001. They are both originally from New Mexico, and met at Lubbock Christian University in Texas. They now live in Oswego, IL.

They have four children who have grown up in the Naperville Church of Christ: Mandolin (23, who lives in Edmond, OK and works for Oklahoma Christian University), Mirabelle (21, a local singer/songwriter and recording artist), Halen (19, a sophomore English major at Harding University in Searcy, AR) and Brodey (15, a sophomore at Oswego High School who runs on the Cross Country team). And don’t forget about Rigby, their spunky and loving German Shepherd.

They are thankful that Naperville Church of Christ has been a welcoming second home to their children, and they’re excited to make it a place for all children to feel at home.

The Skipworths enjoy the outdoors, camping, art, music and sports. They are avid St. Louis Cardinals and Chicago Bears fans!

Likes:
11
Next Profile LinkDuke Given