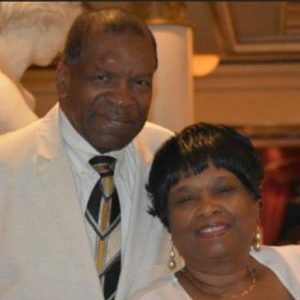 David was married to Gary in 1967, and began civilian life in Chattanooga, TN. He began working for Sears in fall 1971. His son, David Jr., was born September 18, 1973 – one of the happiest day of his life.  Later Sears encouraged David to come to the Sears Headquarters in Chicago in January 1977. He moved his family to Bolingbrook, Illinois and eventually to Naperville in 1991.  David lost his only son, David Jr., in 1993. He lost his wife Gary in 2017.

David married Prescillia in May 2018, who was a Program Manager at Naperville Academy. She is the mother of three adult daughters Romecia, Chrissy, Brittany and one son Darryl.  She is also the grandmother of eleven, eight girls and three boys, and one stepdaughter Karine.

David is currently a retired substitute Teacher in the Boilngbrook/Romeoville School System. Prescillia retired in 2019. They are living their best life traveling and spending time with the grandchildren and Jaidon his grandson.  They also serve as volunteers with several organizations for higher education to make a difference in the community.